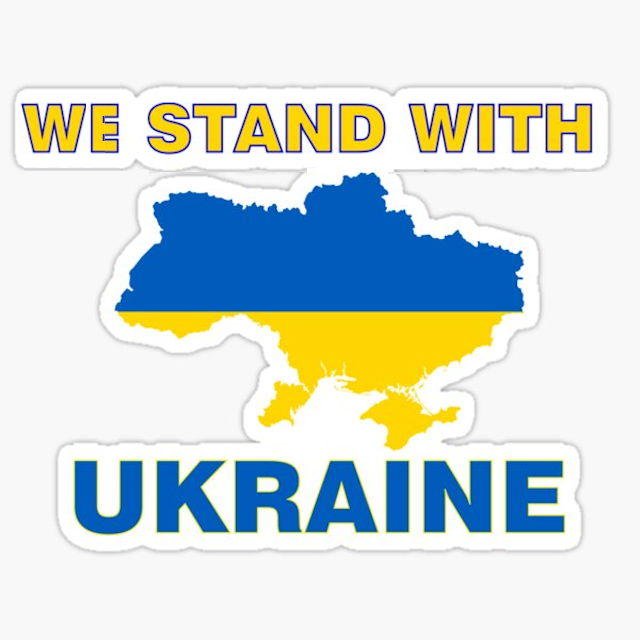 Previous posts in this discussion:

For anyone seriously trying to comprehend Sabina Spielrein's 1912 seminal contribution (see Mike Bonnie, 31 August), be forewarned: it is tough going and not terribly relevant to the issue of mass violence under discussion.

For an overview of who the largely neglected and brilliant Sabina Spielrein was, you might wish to read my recent review of a fine, comprehensive biography. See below:

Sex vs. Survival: The Life and Ideas of Sabina Spielrein

The general public may never have heard of Sabina Spielrein (1885-1942), a pioneer in psychoanalysis, were it not for the recent David Cronenberg movie "A Dangerous Method" in which some kinky sexual scenes of foreplay and spanking depicts her as Carl Jung's first "analytic " patient with whom he had a messy extra-marital affair. Also featured is the shameful cover-up by Freud of Jung's despicable transgressions. Freud apparently felt a need to endear himself to Jung, a highly respected gentile and his chosen "crown-prince" of his burgeoning movement--comprised of a fractious and boisterous group, mostly, causing the pejorative dismissal of psychoanalysis as a "Jewish Science." As with so many historically based movies, this one was meant more for its dramatic entertainment values--though hyped as factual.

John Launer--a prominent English physician, family therapist, educator and writer--presents us finally with a full and authoritative biography of Sabina Spielrein. He details the essence of her diaries and correspondences, archival records and recollections by family members about her relationships with Jung and Freud as well as a veritable "who is who" in the psychoanalytic movement in Europe and Russia. In this highly readable book, he has knit it all together in a mosaic form with scholarly source details and helpful explication of jargoned psychoanalytic discourse. He situates her in the several major cities in which she lived and practiced: Zurich, Geneva, Vienna and Berlin, and upon her return to Russia in the early 1920s, Moscow and Rostov (where she was to experience the turbulent period of Lenin, Trotsky and Stalin's crackdown on psychoanalysis).

His book effectively challenges several speculative assertions in the extant often very partisan Jungian or Freudian accounts. While this book is not a hagiography, Launer's heart is clearly touched by the pathos of his subject's life and periods of her poverty-stricken, lonely existence--yet he remains objective in relating the conflict-ridden situations she endured, whether pertaining to her parents, her one-sided love for the rather arrogant and oft-philandering Carl Jung, or her role in the rift between Jung and Freud, whose break caught her in the middle, each accusing her of partiality.

The uninitiated reader might well ask, who was Sabina Spielrein? And why does she warrant a full-length biography? Perhaps her own words, which according to her last will she wished to be planted on an oak tree at her grave site, provides a telling insight. It simply reads: "I was once a human being and my name was Sabina Spielrein." Clearly, her story is above all a human story, a narrative of highs and lows--lust, love, pleasure, pain, pathos, and death. Launer spotlights her powerful leitmotif that dates back to her childhood: her absolute conviction that she was destined for a "higher calling." Though her intellectual achievements were indeed impressive, sad to say, they were not acknowledged in her lifetime. Not until the 1980s--when her diaries and letters surfaced and gave rise to a growing literature as well as a British play about her--did her name inch its way into the history of psychoanalysis.

Born in Rostok, a seaport on the Don River in Southeastern Russia, her parents were secular, well-educated Jews. But despite wealth and material comforts, hers was a strikingly dysfunctional family. Sabina, the eldest of 5 children, suffered a turbulent, traumatic childhood--characterized by rigid discipline and repeated sexualized beatings by her father, occasioned by almost any infraction. Precocious intellectually but, at the insistence of her mother, denied sex information, she developed an extensive, all consuming fantasy-life, with her curiosity about how babies are born being a paramount theme. Her puberty coincided with the death of her beloved younger sister of typhoid, a trauma that intensified her chronic behavioral peculiarities that gradually lead to a complete nervous breakdown.

In 1904, at age 19, she was hospitalized at the famed Burgholzli Asylum in Zurich, Switzerland, diagnosed with the then common label of "hysteria," which encompassed a characteristic array of dramatic features. Her ward psychiatrist was none other than Carl Jung, then a relatively young novice eager to try out his word-association test. How to explain her rapid "cure" still remains open to debate. Launer downplays the therapeutic significance of Jung's experiments and his quickie "analyses" of her underlying sado-masochistic "complexes," emphasizing instead the supportive hospital environment and Sabina's separation from home as key ingredients, while others fully credit Jung as her "savior."

Surprisingly, while still in the hospital, Sabina gained admission to Medical School in Zurich. Though no longer a patient, Sabina met with Jung weekly, not just as her teacher, but ostensibly also on a purely friendship basis. They had much in common--steeped in the classics, well-read in history, philosophy, religion and mythology--with Wagner's "Ring" serving an especially significant role in their intense far-ranging intellectual banter. Obviously she felt quite close to her "Junga," as she called him in her letters, keeping her mother informed about her close friendship with him. However, while their friendship blossomed it quickly became supplanted by her intense feelings of romantic love, culminating in an obsessive dream-inspired wish for a child by him--her "Siegfried" (a wish Jung rather brusquely dismissed as a fantasy). Though Sabina herself came to recognize the dream as a symbolic transformation of her desire to fulfill her "higher calling," i.e. by creating a path-breaking scientific contribution, she persisted in ruminating about it. Despite her increased displeasure with their furtive affair, they met enjoying their erotic "poetry" (her euphemism for whatever it was they actually did--kissing, hugging or whatever...) when, BANG! it all came to a sudden and crashing end, leaving her devastated. Jung's fear of a potential scandal should their liaison be discovered became just too much for him, concerned as he was about not losing his wealthy wife ...and most importantly, his career.

Without revealing "the rest of the story" so excitingly narrated by Launer in all its nuanced and lurid details, his extensive documentation of Sabina Spielrein's intellectual legacy is also noteworthy. From Launer's perspective, Spielrein's biology-based notions about the evolution of the reproductive process and its intrinsic link to elements of destruction is arguably her most famous work, courageously presented to Freud's inner circle and published in 1912. It is also her most misunderstood contribution, quite complex and difficult to summarize in a few lines. Essentially she argued for the primacy of the instinct for the preservation of the species as opposed to Freud's purely psychological drive for sexual pleasure. Freud was to acknowledge her in a footnote as having anticipated the drive towards self-destruction, his controversial "death instinct" postulate.

Her legacy also encompasses several ideas that inspired Jung, notably his hallmark notion of individuation, a process whereby a person seeks and gradually may come to "self realization" (exemplified by the sort of ‘higher calling" at the core of Spielrein's preoccupation and work). Jung's positing of the "feminine archetype" in man--his anima concept--is yet another notion often cited as derived from her inspiration. Sabina Spielrein's challenging discussions with him in her consistently feminine voice undoubtedly had lasting effects on him-and for feminism before it became an "ism."

The reader will become familiar with her groundbreaking, observing children ‘s language and fantasy development alongside her former analysand, the famous child psychologist Jean Piaget (then an active member of the psychoanalytic fold) in Geneva. Another "first " flowed from her attempt to decipher schizophrenic speech and logic. Her therapeutic work with children, with play as clues to their inner life, was yet another area in which she staked her priority, anticipating the work of Melanie Klein and Anna Freud. But as Launer asserts, it may well be Spielrein's unwavering vision for the survival of psychoanalysis that is her most important legacy. Rather than remaining the sectarian-like, isolated discipline it still continues to be, her vision for psychoanalysis that it be open to all other relevant sciences, especially with close ties to its psychobiological substrate. There are indicators that her vision may be coming to pass , notably in the emergent field of neuro-psychoanalysis.

And, finally there's Sabina's tragic death...refusing to believe the reports of the German atrocities in Europe as the Nazis marched towards Russia, she did not seek safety elsewhere. Having lived in Germany for some years, she simply could not fathom the horrendous stories. Along with her two daughters (fathered during her brief unhappy marriage), she and 27,000 other Jews were gunned down by the Waffen SS in the outskirts of Rostov, where she is buried in a mass grave.

She was a truly remarkable human being--a most creative, gentle, kind and altruistic person. And now with Launer's authoritative and riveting biography Sabina Spielrein name may, hopefully, be spared from the dustbin of psychoanalytic history--while also serve as a reminder that intellectual giants, like Jung and Freud, are also simply more human than otherwise.

JE comments:  An excellent and informative review, Leo.  What did I say about learning something every day on WAIS?